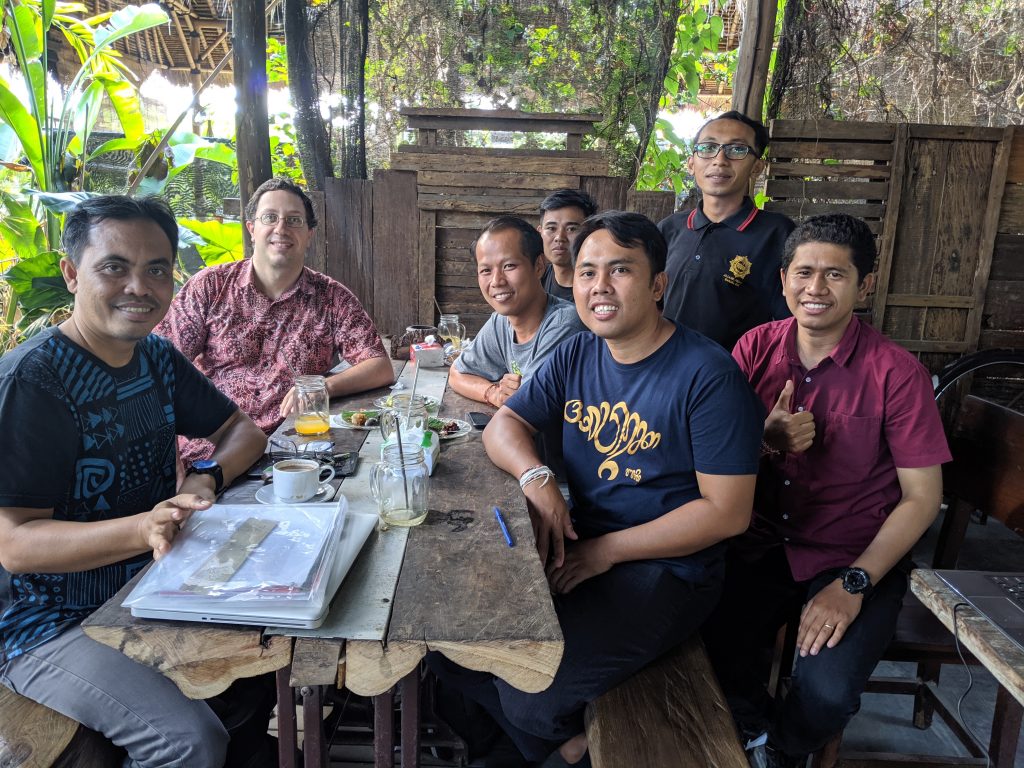 Sugi Lanus (left), the author, and other contributors to the lontar project at a cafe in Denpasar.

In the previous two updates, we described the Balinese lontar digitization project that PanLex is managing for Internet Archive. The goal is to continue the digitization of the Balinese Digital Library’s scanned lontar (palm-leaf manuscripts) by transcribing them into Unicode text, using the keyboards discussed in the last update. This work has now gotten underway in earnest, with over 2,000 lontar leaves transcribed and available at Palmleaf.org, comprising more than 60 complete works! Our current goal is to transcribe 3,000 leaves by the end of October.

The transcribed lontar are mostly in Kawi (Old Javanese), Balinese, or a mixture of the two, all written in Balinese script. The works cover a wide range of fascinating topics. There are chronicles (babad), medicinal texts (usada), mantras, several genres of poems ranging from high style (kakawin) to colloquial (geguritan), village regulations (awig-awig), horoscopes, classifications of things (carcan), and more. One entertaining example is Carcan Kucing, a “classification of cats” that serves as a guide for choosing a cat. Another is Pangayam-ayam, a cockfighting horoscope; it is a bettor’s guide organized by calendar date, suggesting which cocks are likely to win on each day.

Transcribed leaf from Babad Gumi (a chronicle) on Palmleaf.org.

Palmleaf.org is a public wiki that anyone can contribute to. There are currently around 15 contributors from around Bali, and the number is growing. So far most of the contributors are independent lontar enthusiasts in their 20s and 30s who have a university degree in Balinese language and literature. PanLex is thrilled to be working with this young and highly committed group. We hope that more people from around Bali will join as contributors! 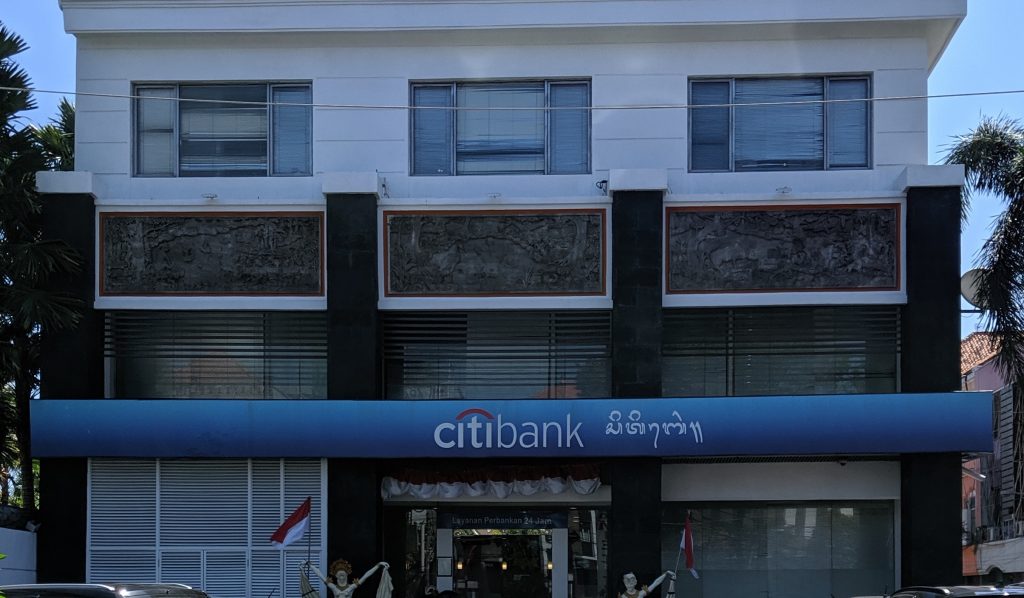 Benefits of the project

As we have developed the Palmleaf.org platform, some have asked why we are having people transcribe the text in its original form (Balinese script) rather than transliterating it into the Latin alphabet or translating it. In fact, we hope that Palmleaf.org contributors will produce all of this and more, but we are starting with simple transcription for several reasons: 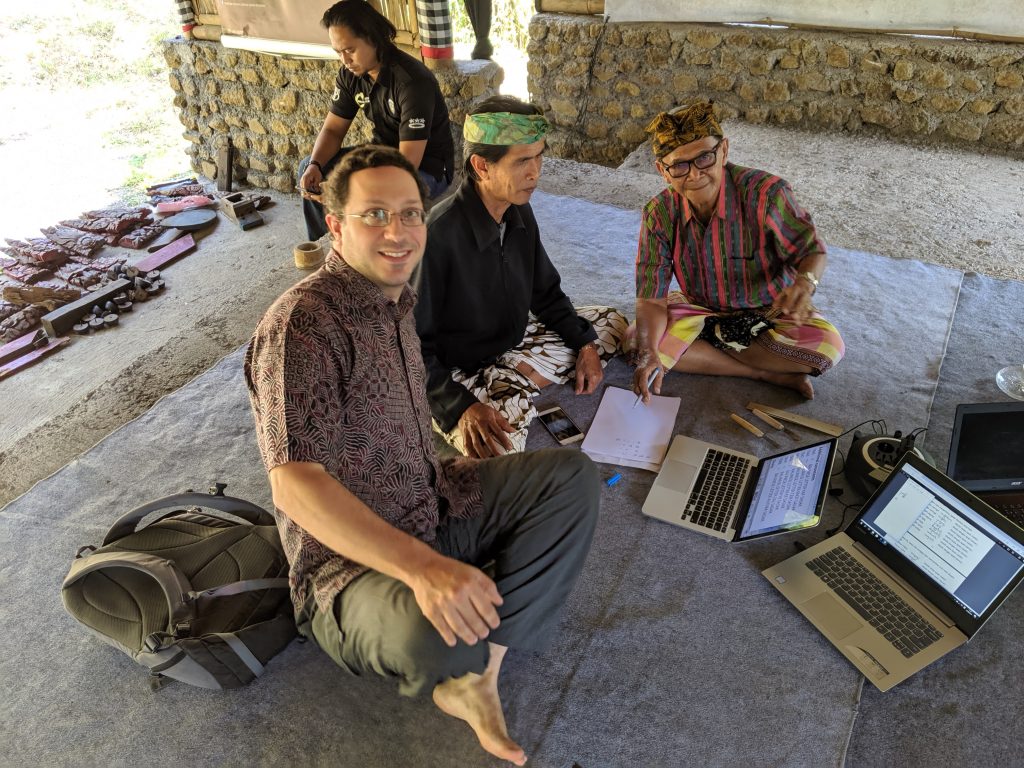 I Dewa Gde Catra (right) and the author at Museum Lontar Dukuh Penaban in Karangasem.

I took a trip to Bali from August 18–29 in order to meet some of the contributors to the project and organize the work. It was great to meet everyone and see the dedication and passion of the group. After all, the whole point of the project is to produce something useful to the Balinese community and the world, and it cannot succeed without community support—not least because only people in Bali really know how to transcribe the lontar!

During the trip I met Sugi Lanus, an independent lontar scholar and founder of Hanacaraka Society. I was thrilled to learn that Sugi strongly supports the work on Palmleaf.org and is happy to promote it and advise us on it. I also visited Museum Lontar Dukuh Penaban in Karangasem (East Bali), where I was honored to meet I Dewa Gde Catra, a renowned lontar scholar. Pak Dewa is an authority on all aspects of lontar, from preparation of the leaves to interpreting the literature, but for all that he is very humble and approachable. It was great to hear about the ongoing efforts at Museum Lontar to teach the younger generation how to work with lontar and read the texts. I hope that Palmleaf.org can indirectly help their work by piquing the curiosity of young people to learn more about lontar, so that this valuable knowledge and practice stays alive. 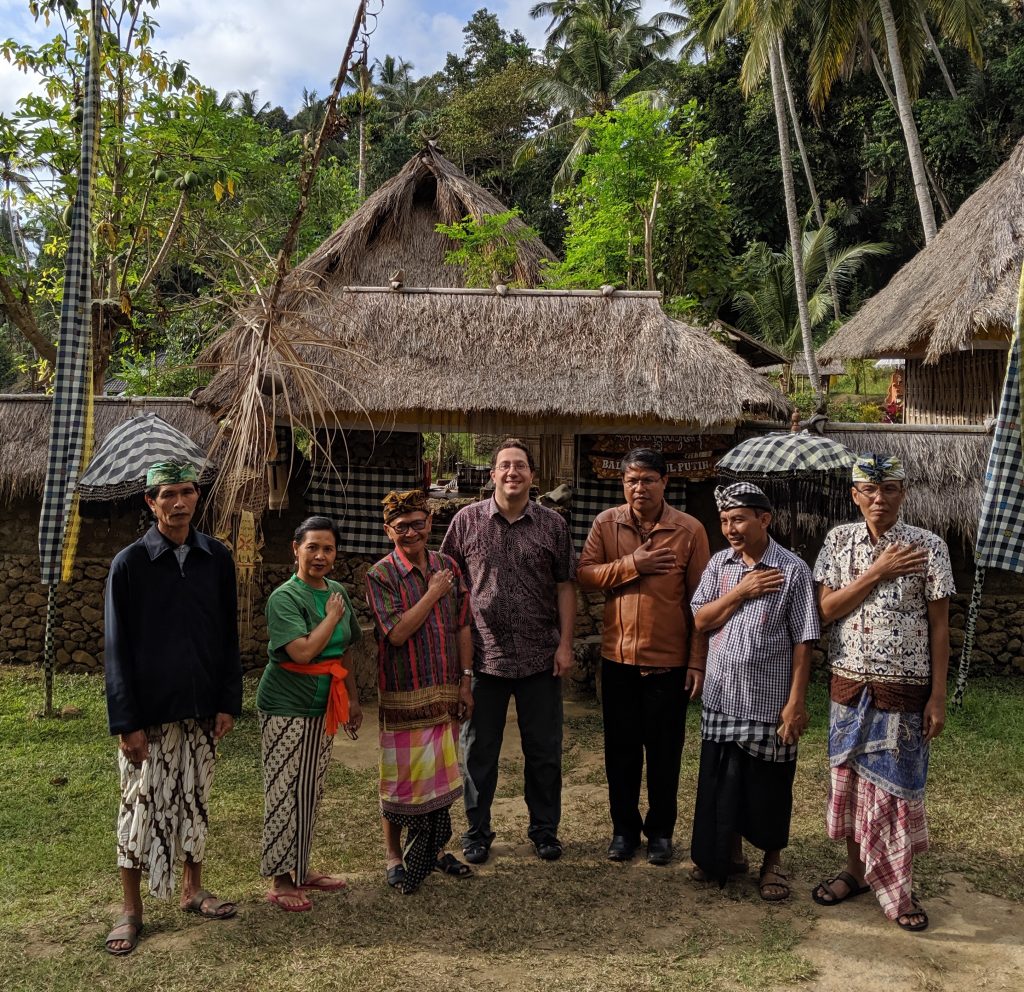 This is fantastic work! I am biased, as I work with the Internet Archive, but even so, I am glad to see concrete results in bringing the Balinese literature into a digital state that hopefully will be read by more Balinese. Go Pan Lex!