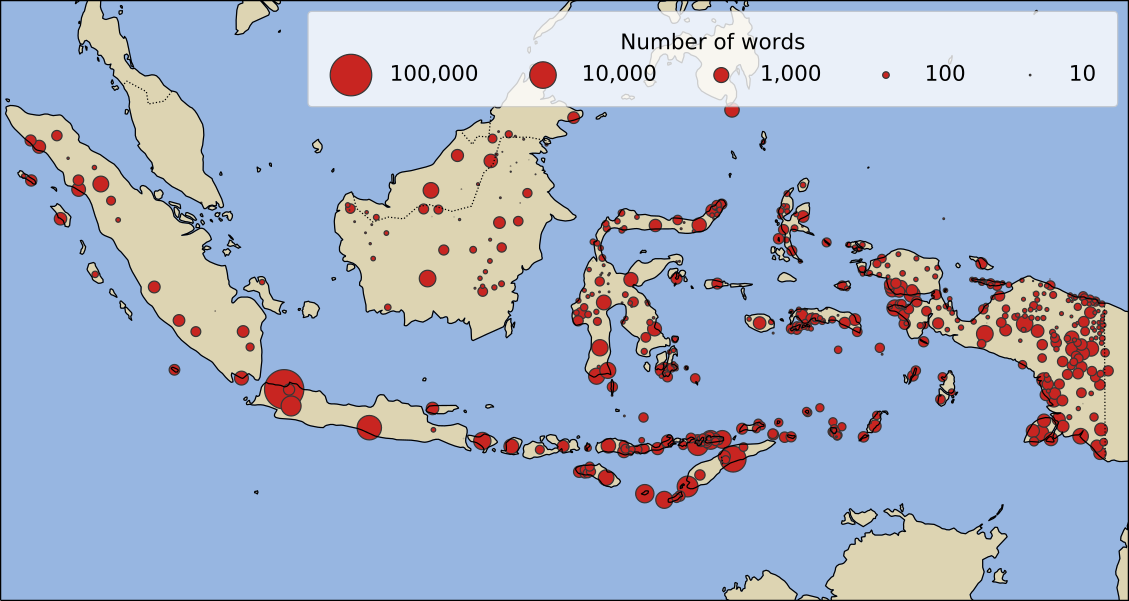 The PanLex Database currently contains lexical translation data from 549 languages spoken in Indonesia. Each dot on this map represents one of those languages, scaled to show the number of words in that language that PanLex has collected.

With the help of our supporters, PanLex will be able to increase our coverage of languages for which we have few words, and eventually we intend to have the ability to translate to and from all 714 Indonesian languages.