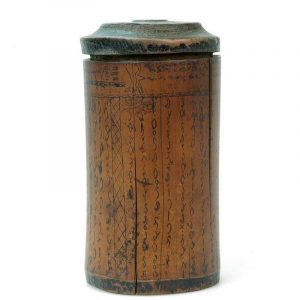 In the late 18th century, European travelers first began to penetrate the dense forests of the interior of northern Sumatra. From earlier reports, they expected to find tribes of headhunters and cannibals. What they found were highly literate cultures with centuries-old writing traditions and vast collections of books (and yes, a culture of headhunting and highly ritualized cannibalism).

The oldest books of the Batak peoples of this region are written on palm leaves or carved onto bamboo tubes, which is the origin of one of the most unique aspects of the Batak script — while it is read left-to-right as inherited from the Indian scripts that are its ancestors, traditionally it was written bottom-to-top, then turned 90° clockwise when read.

This writing direction is betrayed in the shapes of the letterforms, wide and flat like a landscape-oriented picture, as opposed to the portrait-like shape of the tall, skinny letters of the Latin alphabet.

Carving out a heritage

It’s quite the curiosity, having a script that is read in a different direction than it is written. English, Japanese, Hindi, Arabic, Russian, Ancient Egyptian — despite being written in different scripts and different directions, none share this characteristic.

But examining the characteristics of the bamboo tube medium shows the necessity of the writing direction — the letterforms are carved with a sharp knife parallel to the growth direction of the bamboo. Carving left-to-right or right-to-left is ergonomically awkward and error-prone. Top-to-bottom would be an obvious choice; it follows the natural movements of the arm and hand, and the scrapings would fall away from the writing. However, as anyone with a Scouting background may know, when cutting wood, it is safest to cut away from the body, as stabbing oneself in the belly is a quick way to make a short-lived scribe.

A consequence of the Batak cultural focus on the written word is seen during the Dutch colonial period of Indonesian history, when Bataks who had already taken strongly to literacy gravitated towards professions that would exploit these skills, such as journalism, law, education, and civil service. 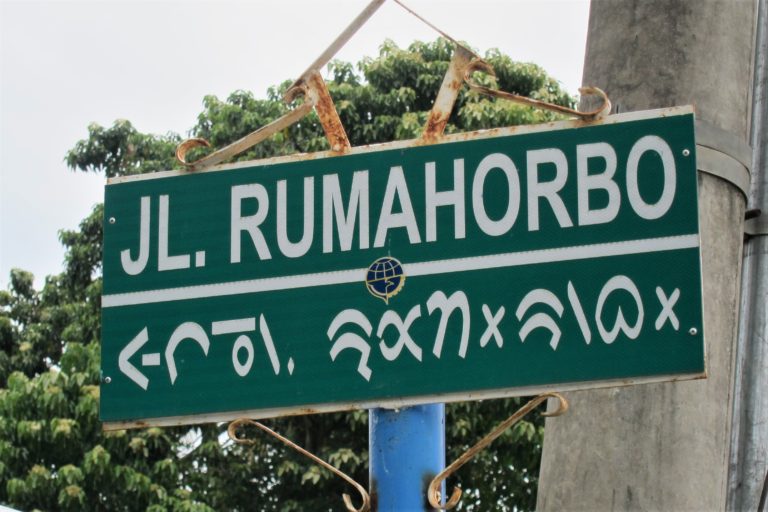 Today, the Batak languages are usually written in the Latin script, but the traditional script is used for ceremonial purposes and as a marker of ethnic identity and is undergoing a resurgence in interest.

The broader Batak group consists of approximately a half-dozen distinct ethnicities, each with their own closely-related language and connected by a common cultural heritage. Despite the fact that there are approximately 8 million speakers of Batak languages in the world, there is currently no technological support for these languages on any major platform. There is no Batak version of Windows, MacOS, iOS, or Android. Google Translate does not support Batak languages, nor does Microsoft or Yandex. 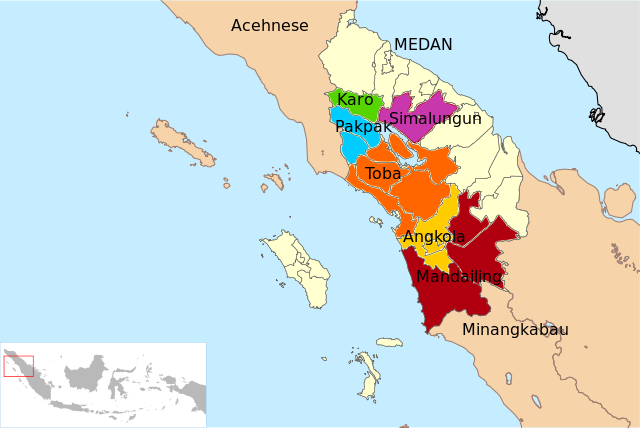 Map of North Sumatra, showing the locations of the Batak languages. (Image by Wikipedia user Sumbuddi)

The PanLex database currently contains 2,596 Batak lexical expressions sourced from 14 different dictionaries. Through direct and inferred translations, it is able to translate Batak words into thousands of languages and dialects. For example, using the database, one can discover that the Toba Batak word asu means łééchąąʼí in Navajo (or dog in English).

There are an additional 23 Batak dictionaries that PanLex has discovered and registered but has yet to incorporate into the PanLex database due to lack of funding at the present time. These dictionaries are in both the Latin and Batak scripts. Their inclusion would allow the 8 million Batak people in the world to not only see their languages represented on modern technology, but see the ancient letters of their ancestors on their smartphones, computers, and tablets, while preserving their linguistic data forever in a digital medium.

We at PanLex are working hard to raise the necessary funds to make the Batak languages and others available today and for generations to come. This is what drives us at PanLex, where our mission is overcoming language barriers to human rights, information, and opportunities.