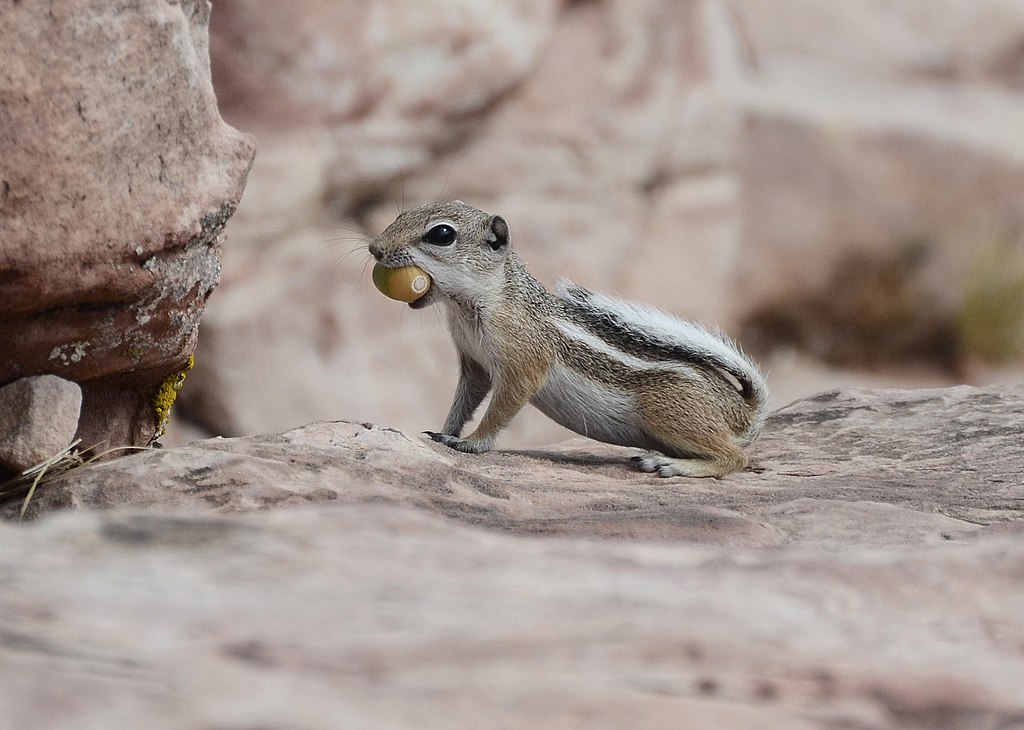 So, why did Latin have a word like sciurus in the first place that didn’t fit its word patterns? The answer is that it isn’t Latin in origin (notice a pattern?), but rather a borrowing from Greek σκίουρος (skiouros). Some sources speculate that the Greek word is derived from Greek σκιά (skia) ‘shade’ and οὐρά (oura) ‘tail’, but no one really knows.

Who knew that squirrels could be so complicated?

English marmot is borrowed from French marmotte, in turn borrowed from Romansh murmont, from Latin murem montis, literally ‘mountain mouse’. Evidently this understanding of marmots differs from that of modern biologists, who classify them as members of the squirrel family (Sciuridae).

Weaseling our way up the food chain, English ferret derives from Old French furet, which is a diminutive of fuiron ‘weasel, ferret’, literally ‘thief’ (and ultimately going back to Latin and Indo-European words for thief). If you are familiar with ferrets, you can let us know if this is an accurate characterization!

The gopher represents a transition point in our grand etymological story. From now on, the animals we discuss will be indigenous to the Americas, but not to Europe—and the word gopher will be the last to have a plausible European etymology.

English gopher seems to derive from Louisiana French gaufre ‘honeycomb, waffle’, apparently on the basis of the underground networks of burrows that gophers make. The French word is of Germanic origin, and is related to English wafer and waffle. However, an alternative theory states that gopher is of Muskogean origin. Muskogean languages are spoken in the Southeastern United States, so there seems to at least be agreement on the region where the word entered English.

English chipmunk most likely derives from Ojibwe ajidamoo or a similar Algonquian source. The Algonquian languages are spoken across a vast stretch of the United States and Canada, including the coastal regions where the first English-speaking colonists arrived. Many animals that were previously unknown to the colonists received Algonquian-origin names in English. Ojibwe ajidamoo literally means ‘head first’ or ‘one who descends trees headlong’.

We will not debate here whether chipmunks are squirrels.

English skunk derives from a Southern New England Algonquian language such as Abenaki. The ultimate etymology is Proto-Algonquian *šek- ‘urinate’ and -a:kw ‘fox’. An accurate description, I suppose?

English raccoon comes from Powhatan arahkun, literally ‘he scratches with the hands’. Interestingly, just as English-speaking colonists took many new words from the languages of the people they first encountered, so did Spanish-speaking colonists to the south. Classical Nahuatl (Aztec) was the most common source language for Mexican Spanish, and some words have spread to general Spanish. One such word is mapache ‘raccoon’, deriving from Classical Nahuatl māpach ‘raccoon, thief’.

In German, the raccoon is known as Waschbär, literally ‘wash-bear’, because of raccoons’ propensity for washing their food. Many languages have similar names.

English opossum, often shortened to possum, derives from Powhatan opassom or aposoum, literally ‘white animal’. As with raccoon, there is an interesting parallel in Spanish. Mexican Spanish uses the term tlacuache, from Classical Nahuatl tlacuatzin. General Spanish uses zarigüeya, which comes to Spanish from Brazilian Portuguese and ultimately from Guaraní, an indigenous language of South America.

Despite the tongue-twister, English woodchuck has nothing to do with chucking wood—it comes from Cree otchik or Ojibwa otchig ‘marten’. Whoever changed the meaning from marten to woodchuck must not have had a solid grasp of small critters. The woodchuck (also known as a groundhog) is a kind of marmot and is mostly herbivorous, whereas the marten is a carnivorous predator related to weasels, and might well eat a woodchuck for lunch!

As with woodchuck, the origin of English muskrat has nothing to do with musk or rats, but comes from an Algonquian source, most likely Powhatan muscascus, literally ‘it is red’. There is also an English variant form musquash derived from Abenaki moskwas. This variation makes sense given that English-speaking colonists’ contact with speakers of several Algonquian languages, but would not be expected if muskrat derived from musk and rat. The English word must have been altered to its present from through a process of folk etymology.

It would be interesting to know why Algonquian speakers privileged the muskrat as the referent of ‘it is red’, given all the other red things in the world it could have referred to. 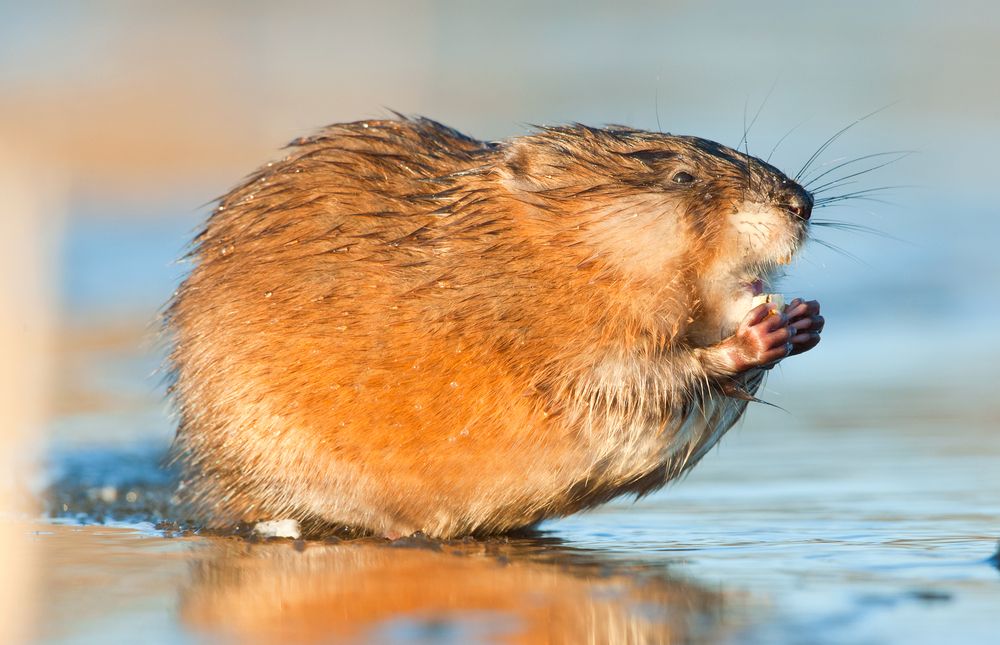 Languages never exist in isolation. Animal names are interesting because they are closely tied to the environment in which people live and their conception of the animals. It’s interesting to see how they have spread and been borrowed, often changing form and meaning. In researching etymologies, linguists have to consider whether any such changes are plausible. An amusing example comes from a 1957 article written in German. Author Gerhard Rohlfs rejects deriving Spanish ardilla ‘squirrel’ from a Berber word for mouse because “the difference between the two animals is too great”. However, Rohlfs apparently does not consider the literal meaning of the German word for squirrel that he uses: Eichkätzchen, literally ‘oak cat’. One is left to wonder—if German speakers consider squirrels a kind of cat, who is to say that Spanish or Berber speakers couldn’t have considered them a kind of mouse?