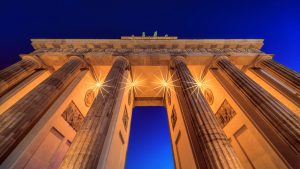 We are honored to announce that PanLex has been asked to give one of the two keynote speeches at WikidataCon 2019 in Berlin, Germany on October 25th. Wikidata, a project of the Wikimedia Foundation, is a collaboratively-edited database of structured knowledge. Much in the way that Wikimedia’s most well-known project Wikipedia is a publicly created and edited encyclopedia, Wikidata is a database of facts that anyone can edit. For example, while the English Wikipedia has a prose article with information on Berlin, Wikidata has an entry on Berlin with directly accessible and updateable facts, such as the area (891.12 km²), population (3,613,495) and inception date (1237 C.E.).

Wikidata’s model of being a central repository of publicly-accessible information is quite parallel to PanLex’s model. So when Wikidata embarked on a project to begin collecting lexical data, and requested that PanLex speak about the importance of lexical data, we jumped at the chance. We are excited to not just present PanLex to a wider audience, but to present PanLex’s model of support for underserved languages to receptive, effective partners.