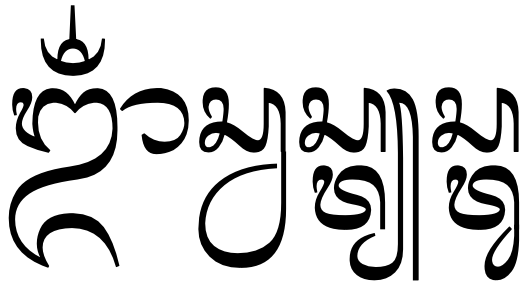 In a previous post, we introduced the Balinese Lontar Project that PanLex is managing, in coordination with the Internet Archive and Udayana University. We have some exciting updates from the last two months. The team at Pusat Kajian Lontar at Udayana has given us great feedback, PanLex’s transcription platform is now live at palmleaf.org, and the Kahle/Austin Foundation (run by Internet Archive founder Brewster Kahle and his wife Mary Austin) has agreed to fund the initial phase of work! Over the next few months, we will be working with Udayana and possibly other interested parties in Bali to transcribe complete lontar works.

Finding the right fonts to work with

PanLex has needed to solve several unanticipated but fascinating problems in order to create a viable online transcription platform. In the previous post, we said that “good Balinese fonts have only recently become available”; we meant Google’s Noto Serif Balinese font. However, the experts at Udayana informed us that Noto Serif Balinese was hard to read. They suggested that we instead use Bali Simbar, which is the most popular font currently used in Bali to write Balinese script. That turned out not to be possible, as it does not use Balinese Unicode, the only way to make Balinese text readable and searchable on all platforms. In fact, few Balinese fonts are available with Unicode support, and most are incomplete. Since the goal of the Balinese Lontar Project is to make lontar works accessible to all, we had to solve this problem.

Looking for a solution, I contacted Aditya Bayu Perdana, a typographer specializing in Balinese, Javanese, and related scripts. It quickly became clear that Udayana’s concerns with Noto Serif Balinese were not just a minor issue of stylistic preference. In fact, a large number of character combinations do not display correctly in Noto Serif Balinese. Consider the following comparison with Vimala, another font:

In Noto Serif Balinese, the r of candra is rendered as a small swash below d, appearing at the bottom right of the word. This is the correct form of r for other contexts but is incorrect here, and may confuse users entering or reading text. The correct rendering is a large swash encircling the preceding nd, as in Vimala. Noto Serif Balinese has many issues of this sort that make it unsuitable in its current form for the project.

Over the past month, PanLex and Aditya Bayu Perdana have collaborated to improve two Unicode Balinese fonts, Vimala and Pustaka, that Bayu previously developed. Bayu has given a tremendous amount of his time in explaining how characters should render in different contexts (like in the candra example), creating any missing glyphs (character forms) in these fonts, and testing the fonts on text found in actual lontar works. He has effectively become a member of our Balinese lontar team. Meanwhile, I have had to learn how to implement rules that allow the fonts to handle a wide variety of character combinations found in Balinese text. (It turns out that Balinese script is pretty complicated!) We are now using Vimala and Pustaka on palmleaf.org, and plan to publicly release the fonts in the next few weeks. [Update: the fonts are now available here.]

The previous post mentioned that “Balinese keyboards are still not widely supported”. That is why PanLex developed an on-screen Balinese keyboard, ensuring that anyone who uses the transcription platform can type Balinese text, including on mobile devices. However, users who enter a lot of text will probably want to use a physical keyboard. The Bali Simbar font comes bundled with a Keyman keyboard that efficiently maps physical keys on a regular QWERTY keyboard to Balinese characters. (The above example can be entered by simply typing the Latin characters candra, and the corresponding Balinese characters will appear.) Unfortunately, Bali Simbar’s keyboard does not support Unicode, and the few existing Balinese Unicode keyboards are not very good. I therefore decided to create a new Keyman keyboard that closely follows Bali Simbar’s keyboard, but outputs Unicode instead. This was a lot of work, but it makes typing Balinese text much faster.

Now that most technical obstacles have been overcome, PanLex is excited to move forward with the Balinese Lontar Project’s next phase: transcribing the first lontar works! Look for more updates on this blog in the coming months.

[…] leaves online. The team discovered that keyboards do not easily support Balinese script and that there was no complete font for the language, so PanLex worked with a font designer to create new fonts and created a new […]