Of the world’s 7,000 languages, approximately half have some kind of writing system. Enabling digital support for all of these writing systems is a monumental undertaking. The Unicode standard has encoded 151 scripts—alphabets, syllabaries, and so on—as of the latest version. These include everything from common alphabets like Latin and Cyrillic to Han characters (used for Chinese and Japanese languages, among others), Egyptian hieroglyphs, the Cherokee syllabary, Batak (described in a previous post), and emoji. Once encoded in Unicode, these scripts can be used in digital text. 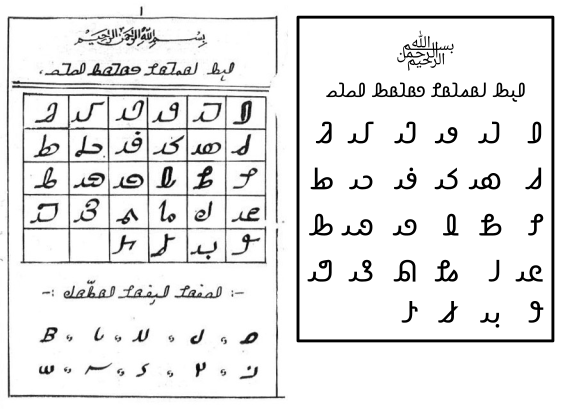 Unicode support is only the first step in making it possible to use a script online. In order to read and write using a script, you also need fonts that support it. Have you ever received a message containing text or an emoji that you couldn’t view? These unreadable characters are colloquially known as “tofu”, because they often appear as rectangular white boxes resembling tofu. PanLex has recently made a large number of fonts available that were not previously easy to use on the web, helping solve this tofu problem.

If you are creating a website that has text in a less common script, you will want to ensure that everyone can read it without seeing tofu. Google’s Noto fonts have been developed with the goal of making fonts available for all Unicode scripts (Noto means “no tofu”). So far, 87 Noto fonts have been released. Using Noto is a great way to make text readable, but in order for a Noto font to work, it must either already be installed on the device or available as a web font. Having the web font as a fallback is important—it’s not feasible to make everyone install a font, and on mobile devices it generally isn’t possible to install new fonts at all.

PanLex has recently created a system for programmatically generating web fonts from the latest Noto fonts, and the Internet Archive has offered to host them. Google already makes some Noto fonts available as web fonts, but only a subset. Furthermore, they are years out of date compared to the standard version of Noto, which means some web fonts retain serious text rendering issues that have been fixed in the standard version. PanLex realized this was a problem and decided to solve it. Now, with PanLex’s new system, any website can use up-to-date versions of all Noto fonts as web fonts. The fonts are available here. They are regularly updated as Google releases improvements to Noto.

Making fonts available that accurately display on users’ devices further democratizes access to technology across languages and cultures. We appreciate Google’s effort in creating Noto and the Internet Archive’s support in hosting the fonts, and we are excited that PanLex has been able to fill in a missing piece in making these fonts available around the world.